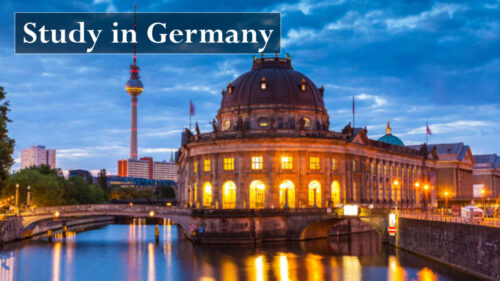 Germany’s universities are inexpensive, but there are very cheap universities in Germany as well. One of the finest investments you can make in your future is to study in Germany. It is a land of opportunities, where students may pursue their dream vocations and expand their intellectual and cultural knowledge.

Germany is well-known for its academic excellence, but that isn’t the only reason why overseas students are interested in studying there! It’s not every day that you come across a study location that is both high-quality and reasonably priced. This country is recognized for its inexpensive colleges, which, when compared to universities in other popular study locations, are ideal for ambitious students who want to learn and acquire knowledge without having to pay thousands of dollars in tuition fees.

If you’re wondering whether what you’ve heard about free colleges in Germany is genuine, let us explain before presenting a variety of inexpensive institutions in Germany.

Here’s what you should be aware of: In 2014, the German government agreed to abolish international tuition costs at all public institutions. This implies that students are only needed to pay an administrative semester contribution of about €150-€250 every semester, rather than tuition fees. In 2017, tuition costs were reinstated in Baden-Württemberg, setting it apart from the rest of Germany. Even with the reinstated fees, German universities are still less expensive in this state than in many other nations.

Another point to consider is that in Germany, tuition-free education are largely limited to undergraduate degrees. Despite the fact that certain postgraduate programs are free, the bulk of them need tuition fees, unless the student has been given a scholarship. When applying for a student visa, international students must also provide proof of financial stability, which means they must have at least €10,332 in a blocked account from which they can take a maximum of €861 each month. So, while there are certain costs associated with learning, students are free from paying exorbitant tuition rates.

universities in Canada with scholarship

For ovherseas students, below is a list of ten low-cost universities in Germany:

Since its founding in 1868, the Technical University of Munich has been recognized for its world-class education. This institution, which specializes in STEM disciplines, annually welcomes hundreds of enthusiastic international students. TUM, based in Munich and with campuses in Garching and Freising-Weihenstephan, has established itself as one of the country’s top universities.

Electrical and Computer Engineering, Mathematics, Information Technology, Chemistry, and Architecture, to name a few, are all available at the Technical University of Munich. TUM has produced a number of successful professionals, including more than 15 Nobel Laureates. And, sure, you will be able to attend this university without paying tuition.

Ludwig Maximilians University, located in the center of Munich, is regarded as one of Europe’s top research institutions, with a history dating back to 1472. LMU Munich has drawn some of the greatest researchers and ambitious students from all over the world for more than 5 centuries.

This institution is dedicated to maintaining worldwide standards in its teaching and research methods, and as a result, it has grown to be one of the largest in terms of student population, with over 50,000 students. It offers courses in everything from business and physical sciences to law and medicine. Ludwig Maximilians University also offers tuition-free education, allowing you to study from some of the best in the industry.

Heidelberg University, also known as Ruprecht Karls Universitat Heidelberg, is Germany’s oldest university, having been founded in 1386. Its research-based education and multidisciplinary collaboration are unrivaled, and it has established itself as one of the world’s top institutions, where experts and well-known scientists share their knowledge with eager minds.

Students can choose from a variety of degree programs at Heidelberg University, ranging from Natural Sciences, Mathematics, Computer Science, Liberal Arts, Theology, and Law, Economics, Social Sciences, and Medicine. This university, which is ranked as one of the greatest in the world, also offers tuition-free degree programs.

Since its founding in 2009, Karlsruher Institute of Technology has been regarded as one of Germany’s major research institutes, with a reputation for strong interdisciplinary cooperation and competence. KIT, or Karlsruhe Institute of Technology, is a university in Karlsruhe, Germany, that attracts a large number of international students each year. KIT has grown to become one of Europe’s premier engineering and natural science research institutes.

The university’s staff’s hard work and devotion have guaranteed that graduates receive all of the commitment they require to become some of the finest in their future jobs. There are educational programmes available in eleven different faculties, with approximately 25,000 students presently pursuing their degrees.

The Humboldt University in Berlin is a melting pot of cultures and lifestyles. The institution has the knowledge and skills needed to provide high-quality education in a variety of areas, including natural sciences, arts, and humanities. Humboldt University has about 30,000 students enrolled in various degree programs, both local and foreign.

It is one of Berlin’s oldest universities, having been founded in 1810. Humboldt Educational attracts students from all over the world because of its diversified and well-structured university landscape. Over 50 Nobel Laureates have studied at this world-class university, according to its alumni.

Students and staff are given with a pleasant atmosphere in which to grow and advance in their chosen vocations, thanks to state-of-the-art equipment and facilities. Students at this institution have the opportunity to pick from a variety of programs, meet new people, and learn about a variety of cultures. There are several benefits, with tuition-free education being one of them.

The University of Göttingen was founded in 1737 and focuses on research-based education, with thousands of students from all over the world studying in its faculties. You may pick from a variety of degree programs at this university, including Mathematics, Natural Sciences,  Computer Science, Law, Economics, Law, and Social Sciences, as well as Humanities, Theology, and Medicine.

This university has made significant investments in enhancing teaching conditions and quality in recent years. Both students and faculty have an inquisitive, productive, and critical approach toward today’s challenges. This is a public institution, therefore there are no tuition costs while still receiving an excellent education.

The University of Hamburg is recognized as northern Germany’s largest research and training institution, and as such, it provides a diverse choice of courses to its students, as well as exceptional research. This university, which was founded in 1919, has more than a century of experience and competence. The University of Hamburg has produced some of the world’s best scholars over the years.

This institution provides a diverse range of topics from which students can pick and excel. Law, Medicine, Education, Psychology, Humanities, Mathematics, Informatics, and Natural Sciences, Business, Economics, and Social Sciences are just a few of the disciplines of study at this university. This university is a haven for curious and ambitious minds.

This institution is one of Germany’s oldest technical universities, located in the city of Stuttgart in the southwest. It was founded in 1829 and has spent the whole period since then excelling in its fields of specialization, notably Civil, Electrical, Mechanical, and Industrial Engineering.

The institution now has over 27,000 students enrolled in around 150 different academic degrees and programs. The University of Stuttgart is one of the greatest engineering universities in the world, as well as one of the best in Germany. This university has earned a worldwide reputation for its high standards, high-quality education, and reputable academics.

This institution, based in Darmstadt, was founded in 1877 and has been providing high-quality education ever since. Its distinctive profile is formed by the university’s different science cultures. Engineering and scientific sciences, as well as humanities and social sciences, are the emphasis of TU Darmstadt.

This university is also one of Germany’s top universities, and overseas students are particularly interested in the expertise it provides. This excellent institution has approximately 21,000 students enrolled in over 100 different programs. Students at TU Darmstadt are part of a varied community that fosters involvement and engagement in extracurricular activities, allowing them to interact, improve specific skills, and maintain physical activity.

We use cookies on our website to give you the most relevant experience by remembering your preferences and repeat visits. By clicking “Accept All”, you consent to the use of ALL the cookies. However, you may visit "Cookie Settings" to provide a controlled consent.
Cookie SettingsAccept All
Manage consent

This website uses cookies to improve your experience while you navigate through the website. Out of these, the cookies that are categorized as necessary are stored on your browser as they are essential for the working of basic functionalities of the website. We also use third-party cookies that help us analyze and understand how you use this website. These cookies will be stored in your browser only with your consent. You also have the option to opt-out of these cookies. But opting out of some of these cookies may affect your browsing experience.
Necessary Always Enabled
Necessary cookies are absolutely essential for the website to function properly. These cookies ensure basic functionalities and security features of the website, anonymously.
Functional
Functional cookies help to perform certain functionalities like sharing the content of the website on social media platforms, collect feedbacks, and other third-party features.
Performance
Performance cookies are used to understand and analyze the key performance indexes of the website which helps in delivering a better user experience for the visitors.
Analytics
Analytical cookies are used to understand how visitors interact with the website. These cookies help provide information on metrics the number of visitors, bounce rate, traffic source, etc.
Advertisement
Advertisement cookies are used to provide visitors with relevant ads and marketing campaigns. These cookies track visitors across websites and collect information to provide customized ads.
Others
Other uncategorized cookies are those that are being analyzed and have not been classified into a category as yet.
SAVE & ACCEPT
Go to mobile version